Chatsworth is one of my favourite competitions. Although it's a long drive up there, Derbyshire is absolutely stunning and Chatsworth House is by far the most beautiful and striking of all the houses we have on the circuit, in my opinion. This was Fiddle's [ESB Irish Fiddle] first three-star for exactly two years (Chatsworth 2008) and for once, I felt we might do a respectable test.

Two years ago we did an appalling test for 61pen. So I felt, with his present way of going, I would be happy with a 55 penalty score. Unfortunately this was not to be! Even though he stayed forward throughout his test, with no grumpy old man bucking; even when he got both his changes and reined back when he was supposed to, we ended with a score of 64.

We put the dressage behind us and made our way up to the show jumping. Fiddle is an exceptional jumper but, as he's such a big and long horse, he needs to be helped and supported in front by the contact to keep his connection. At Withington I found I was actually going too far and holding him off the fences. This didn't matter so much at the uprights, but he was then struggling to make the width on the oxers and was coming down on the back rails. So going into the arena at Chatsworth, I was determined not to make the same mistake. Fiddle jumped a lovely clear after rattling the first.

So it was time to go cross-country! The course, as always, was beautifully built on lovely forward strides and on good old undulating turf. Fiddle set off like a bomb and I ended up having to anchor him into fence one to curb his enthusiasm! I saw a perfect galloping stride to fence four, a large trakehner. Fiddle has always been a bit funny about ditches and, on seeing it at the last minute, chipped a stride in. Somehow, he scrabbled over and we galloping on. I pulled my heart back out of my mouth and put it back where it was supposed to be. The rest of the course was amazing. Fiddle has such an enormous stride, he eats up the course for breakfast and finished wanting more!

As I finished, I gave him a big pat and loosed his girth, then heard over the loud speaker, "Alex Hua Tian has been eliminated, however, Irish Fiddle won't know what he's done wrong". In fact neither of us knew what was going on! It turned out that I accidentally jumped the World Cup fence out of the water instead of the normal three-star fence. I jumped the step, bounce to skinny instead of the step, one stride to skinny. I have to say, Fiddle jumped the harder fence like it was nothing!

So feeling the complete idiot I was, we loaded up the lorry and started our five hour journey home. Before I finish, I'd like to thank Emily, Sally and everyone at Dunston Hole Farm, Newbold, Chesterfield where we stabled on Saturday night. They were all hugely welcoming and made an enormous effort to make sure horses, riders and grooms were all comfortable. 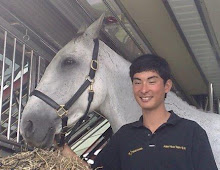 Click here for pictures of the ESB Stallions and progeny. 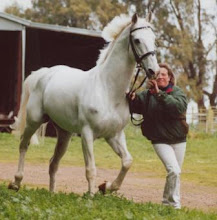 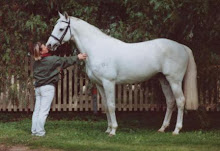 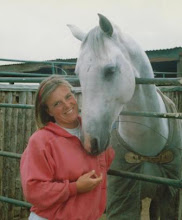 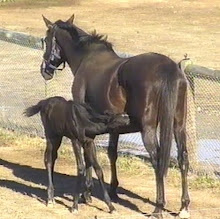 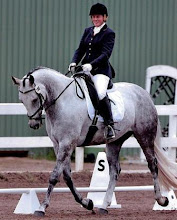